I guess I'm getting old, because I bought my "third" amp as Yamaha calls it. THR is a modeling amp with five amp models and also extra models for bass, acoustic and flat inputs. Guitar models range from clean to modern gain. It's pretty much everything you need from gain ranges unless you require more high gain models in which case there is 10X version of THR.

There are lot of nice things to say about THR. I like the way how gain ranges from almost clean to dirty in all amp models. It gives you different kind of options for clean and clean-ish sounds, you don't have to settle for one 'clean' model. Also, the master volume knob is emulating the real master volume which gives vast amount of ways to interact between gain and master. Then there is the actual guitar output volume so you can listen the result with the volume level you want.

THR has two small (tiny) speakers with surprisingly nice sound quality. The only problem is that with small speakers you start to get speaker distortion with higher volume which may or may not be something you want. For me it sounds like it's just making distortion sounds little bit mushy. Then again THR has quite amount of volume so you don't need to break the sound to hear it. Sadly THR has no external speaker outputs which would have been really cool. 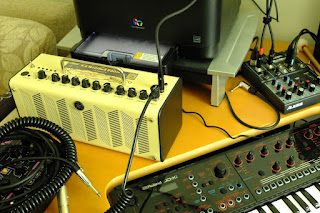 I have placed THR in my studio setup, because I found out that you can get nice sound from the headphone output to line in of the mixer. Some people have complained they don't get nice sound that way, so they have to use the USB interface of THR. The way the preamp of my mixer (Alesis) works makes the sound useful, because you don't need to use gain in the mixer at all to get sound levels you can hear. I also tried THR directly in my actual USB interface which is Propellerhead Balance and it sounded really bad (thin). So, the type and quality of the signal chain matters here as well.

THR has also some basic effects, but adjusting them from the front panel is very limited. You can only set the time of delay with tap button and that's it. You can change everything using software, including effects that don't even have knobs in THR itself and save/recall five presets to led type buttons. Even delay and reverb has only one knob so you can only select from delay, delay/reverb, spring and hall. But it's not that bad if you just want to practice or use dry amp models and add effects in DAW.

The EQ is kind of weird, because all knobs (bass, middle, treble) start to have some effect only after half way. Bass doesn't work that well, because tiny speakers can't output it anyway. Middle is also quite passive and treble works more like tone/presence in amps (making the sound worse if you use it too much). Last but not least THR has a very nice tuner which has a clear way to indicate the tuning.

The modeling technology of THR is really convincing in its price range, but this seems to be thing to expect with modern equipment. THR is easy, but in the end it's not a real guitar amp. It's for players like me who just want some kind of sound and quick setup without all that tube amp hassle.
Posted by Krice at 04:04 No comments:

The list price of this chinese made western acoustic guitar is $649,99 but I had it in discount price of 266 euros (-50%). Let me tell first that I've already sent it back to Thomann from where I ordered it and waiting for refund. Let's look at closer why. 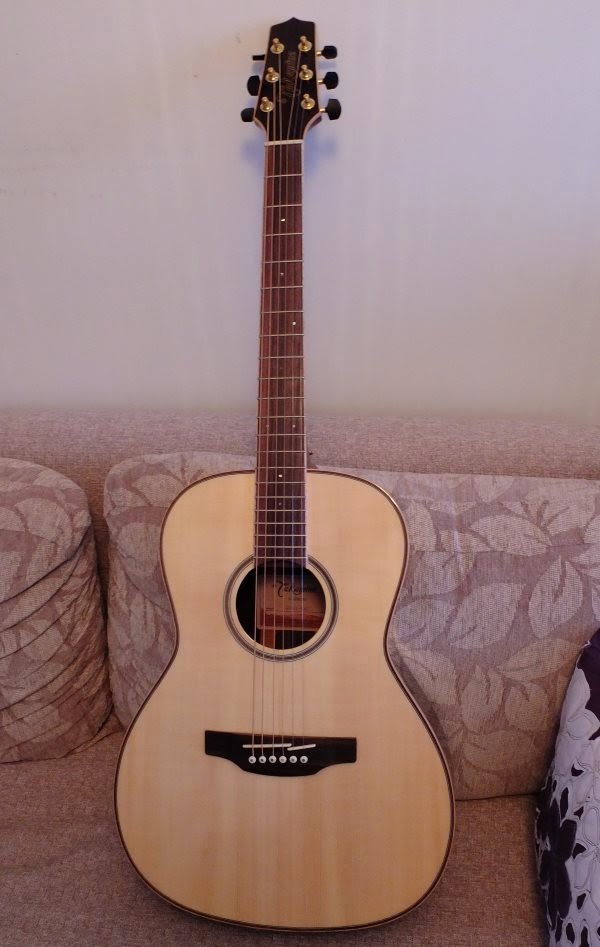 It doesn't look bad. It's made of nice woods and is finished quite nicely. There were some small sticky areas on top of the body, but I guess it was something that could have been cleaned off. 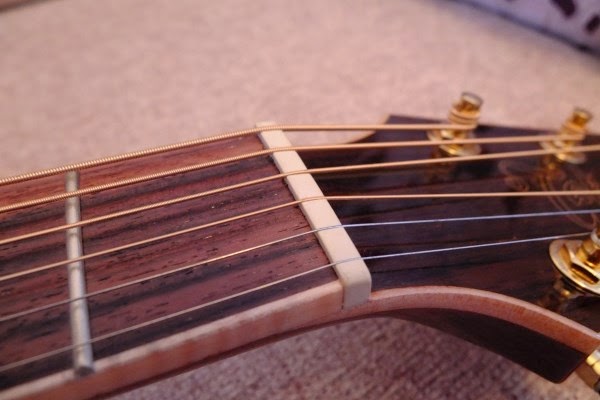 The nut is not too bad either, but the action was probably a bit too high. 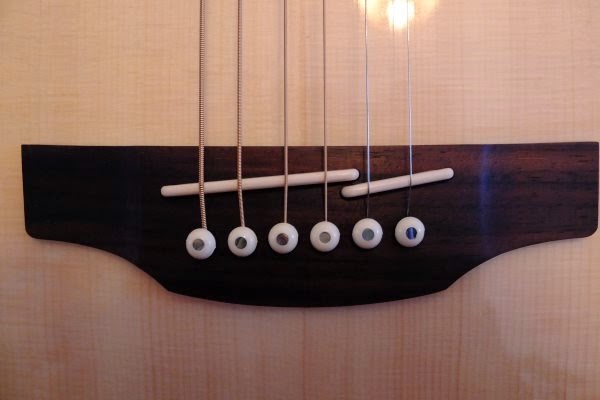 The saddle action was also high, making total string action pretty high and unplayable, but if you look closely the problem is that D string slot is in wrong place. The picture is not an optical illusion, it's really that bad. They didn't get the string spacing right and you can really feel it. Replacing this kind of split saddle must be painful, because I guess there is no saddles like this ready available, you have to make it from a scratch. 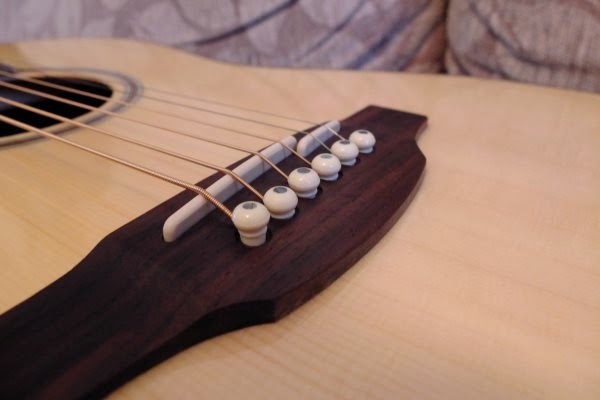 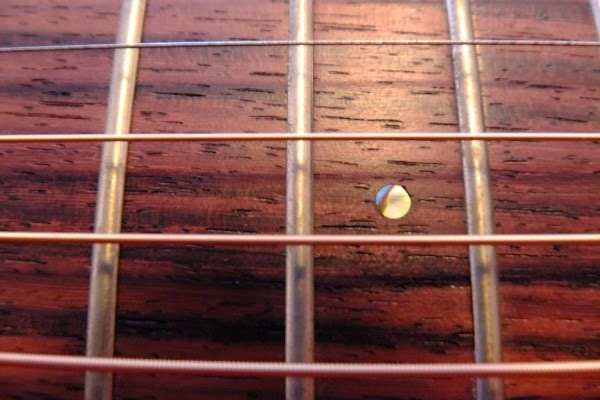 I could have replaced the saddle, but the biggest issue were the frets. I don't know if you can see it from this image, but they are oddly corroded and very rough. Also they are really flat, leaving even less room for filing and polishing them than normal frets would.

I think the sad thing in this story was that with existing quality control and proper setup this guitar could have been a real playable instrument. I know manufacturers try to cut costs by making lower range guitars in China, but you really need to check out what comes out from the factory. This can't be good for the company, because guitar players always remembers if the guitar of a particular company was good or bad quality.

The guitar has to be properly made even it's the cheapest one there is. Most players know the price ranges and what to expect from the guitar, but if you can't even get the string spacing properly done it's just too much. I don't know what is going on with Takamine, but I know if this kind of arrogant underestimation of customer continues you will soon be another historical manufacturer that probably once was good and respected.
Posted by Krice at 04:10 7 comments: