After about two years of creating a studio setup I think it's ready for music production. As ready as it can be with low amount of space and money. 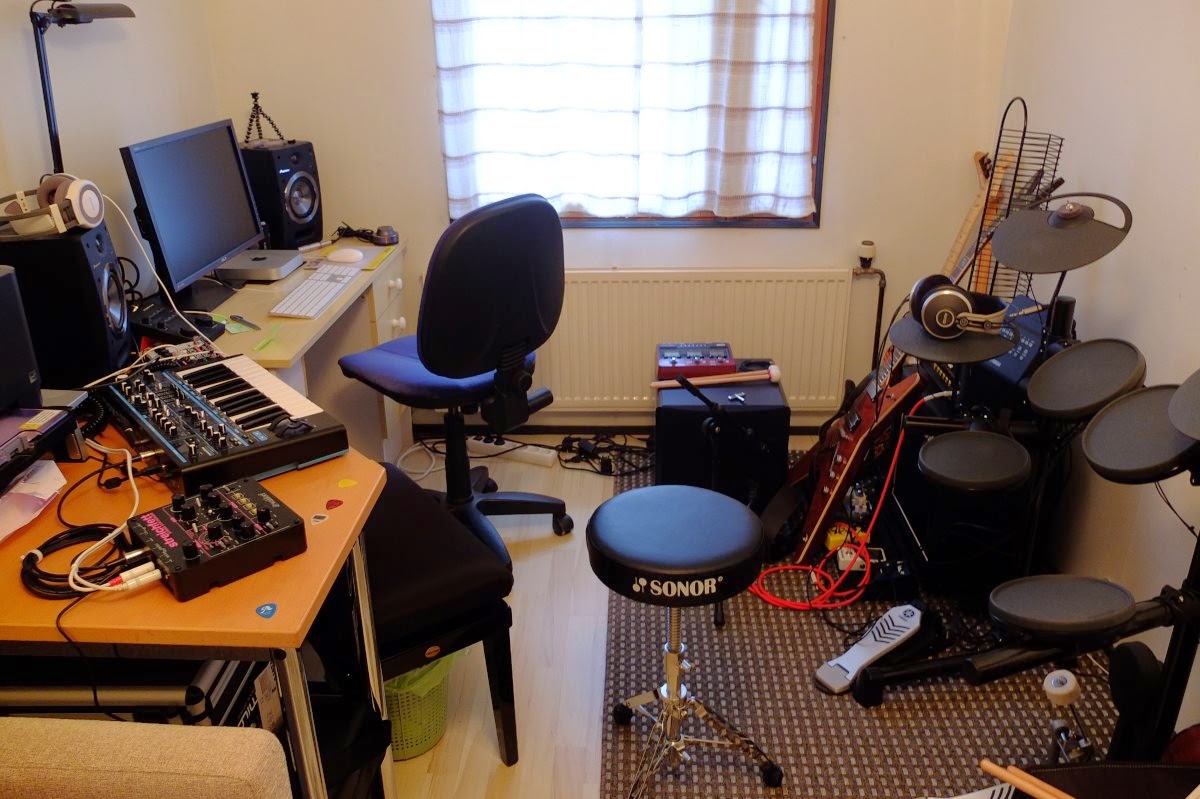 I got that sloped side table from my brother, so no money was spent on that. It's great, because I only have to turn slightly to access Bass Station II which is also my midi keyboard. On the table is also Waldorf Streichfett string synth and EHX deluxe memory boy delay for Bass Station. I like the idea of manual effects as a part of the instrument's sound. I probably need a reverb pedal for Bass Station to complete it.

Mac Mini was a great choice for studio computer, although I've been using it also for watching endless amount of Youtube videos. As you can see my studio monitors are not in optimal place, but can't really do much about it. I'm using headphones to record anyway, because there is slight random drops in volume with those monitors on (possibly they are just too close to Propellerhead Balance).

I'm still unsure how to record bass and guitar. It could be direcly in DAW or using amps. However my Marshall JVM1 has serious static noise problem which makes it difficult to record without background noise. It could be something wrong with tubes.

Then there are Yamaha DTX430K drums. As with other instruments I want to play them myself. Playing drums is harder than you would think! I've been practising for couple of months and even I have good sense of rhythm the difficult part is make all your hands and legs work without interfering each other in funny ways. I'm still confident that I can play my own music, it's not that difficult stuff after all. With modern recording magic it's possible even to play one drum at a time if it's what it takes.

Limited space is a constant issue. The trash bin is under the piano chair, because it's the only available place for it! Yet I'm happy that I have an entire room just for the studio and this is a quiet place so it's possible to record acoustic stuff as well, even there is no acoustic isolation of any kind.
Posted by Krice at 02:18 No comments: